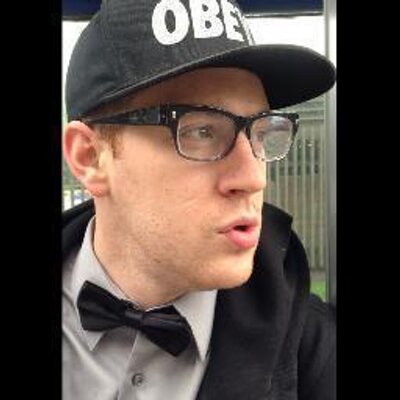 Jay is one of several independent media producers who got his start at The Edmontonian, the news and events site founded by Jeff Samsonow and Sally Poulsen that spawned a diaspora of talent. He went on to do an entertainment podcast called Jay n’ J with his friend Jordan Blackburn. And now, he has his own show on YouTube, talking about the things that interest him.

We talk about how he’s used the show to teach himself new skills, what’s different about video, how he handles mean comments, and what he’d like to do next with The Jay Runham Show.

We also take a bit of a digression into Pride of the North Side, a streetball tournament organized by Andrew Parker, a homegrown basketball star who Jay first encountered reading a magazine in his home town of Whitecourt.

You can also subscribe to the podcast on iTunes, or listen to it on SoundCloud.

He also recommended a couple of local YouTube channels:

You can catch up to Jay online @jayrunham on Twitter and Instagram. And he’s on Snapzu, too (that’s a new one to me).

This week’s episode is brought to you by InterChange at the Mosaic Centre. If you are looking for creative and sustainable co-working space, sign up for a free tour at mosaicinterchange.ca. You’ll hear from InterChanger Jason Bekdashe in this episode.

The intro music is Beethoven’s Sonata No. 1 in F Minor, Op. 2 No. 1, played by Daniel Veesey, from freemusicarchive.com.

Subscribe to the Seen and Heard in Edmonton newsletter for a sneak preview of the next guest and a peek behind the scenes of building this effort to draw more attention to the bloggers and podcasters of Edmonton.