David is an erstwhile journalist and community organizer who has created his own opportunity to tell the stories he’s passionate about telling. The idea started with EcoFile, a 312-episode series that aired on CKUA. That ended in 2003, and he went on to work for the Pembina Institute and served as president of the Edmonton Federation of Community Leagues.

He circled back to the idea in 2012 to start Green Energy Futures, which tells the stories of people who are making clean energy work. The stories appear on a blog, on YouTube and on radio spots. His is an interesting model of entrepreneurial journalism, or maybe journalistic entrepreneurship, which is why I wanted to talk to him.

A couple of things are particularly interest me about Green Energy Futures:

It’s a strategy that has led to more than 11,000 YouTube subscribers for Green Energy Futures. And it has taught David a lot as he contemplates whatever comes next. Listen in:

You can also get the podcast on SoundCloud, in iTunes, or on Stitcher.

Here are the other online sources he mentioned: 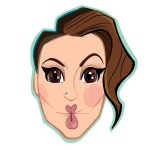 This week’s Seen and Heard in Edmonton is brought to you by Andrea Beça, a writer, filmmaker, editor and social media strategist who can help you get your message out. Andrea helped me, and you’ll hear a bit more in this episode about how Andrea can help you.

One thought on “Episode 30: David Dodge”