This week I bring you something completely different — instead of the usual interview with a local podcaster or blogger, or the audio from one of our podcasting meetups, this episode features the pilot for a new podcast called That’s A Thing?!, “a sometimes belated, already outdated guide to your teens, tweens and everything under 20.”

This idea came out of a series of conversations with my daughter, Elizabeth, about phenomena that were completely common and normal to her, and utterly foreign to me. Because we both listen to a lot of podcasts, and because I had access to recording equipment, we decided it would be fun to explore such topics out loud.

She took the research lead, picked the music, commissioned a logo from her friend Melisa, and bugged me until we finally found the time to get in front of the microphones. So here we are with a pilot, and plans for a monthly show and a feed of its own. In the meantime, however, we’ll put it out on the Seen and Heard feed and see what people think. (So if you have thoughts, let us know.)

In which Elizabeth explains the deliciously disturbing literary phenomenon known as creepypasta.

Where to find creepypasta stories, memes and such:

Some of the characters we discuss:

Old-school stuff from the mom:

Have you encountered something that kids seem to know all about but is a mystery to you? Are you a teen tired of explaining something to your elders? Drop us a line at karen@unlandmedia.com or tweet me at @karenunland and we’ll see what we can do.

The music for That’s A Thing?! is Scott Joplin’s Ragtime Dance from the Free Music Archive.

Many thanks to Castria for editing all of this together.

This special episode of Seen and Heard in Edmonton is brought to you by the Edmonton Community Foundation, producer of The Well Endowed Podcast.

The October episode features a Q&A with actor and activist George Takei, who is coming to Edmonton on Nov. 29 as part of the Forward Thinking Speaker Series.

Visit the show notes to see how you could win tickets, and subscribe to The Well Endowed Podcast in Apple Podcasts or Google Play. 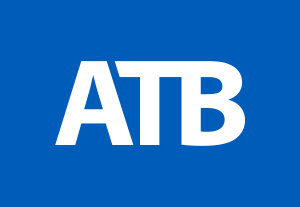 This episode is also brought to you by ATB, founding sponsor of the Alberta Podcast Network, of which Seen and Heard in Edmonton is a proud member.

You’ll hear Elizabeth and I talk about futuristic stuff like self-driving cars and bots, prompted by some talks I heard at the Singularity University Canada Summit.

Besides sponsoring such summits, ATB is up to some futuristic stuff of its own. Learn more at atbalphabeta.com.