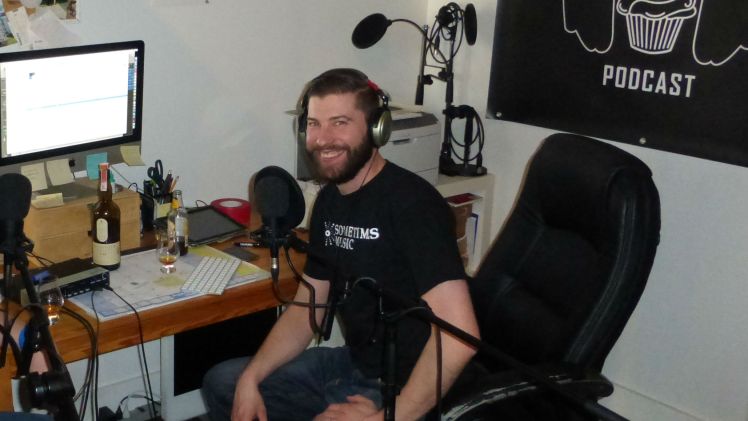 Meet Jeff MacCallum, one-half of the team behind two Edmonton podcasts that focus on independent music on the prairies: Cups N Cakes and Inside the Artist’s Studio.

Cups N Cakes started because Jeff and his friend, Carey Newton, wanted to stay in touch. There are easier ways to maintain a friendship than to make a podcast, however, especially one that takes hours of research. It is clearly a labour of love, and they are well into their third year now, with big plans for the future.

Cups N Cakes has about half an hour of talk and an hour of music, which poses some particular challenges because of licensing. For that reason, it is on Mixcloud and is not downloadable through Apple Podcasts. You’ll hear more in this episode about what Jeff has learned about doing a music podcast, and the importance of investing in a SOCAN licence for the kind of show he’s doing.

Carey’s alter ego, Marvin Greensborough, started out as the news reader on Cups N Cakes, but he soon became the show’s main interviewer of bands. That created the opportunity to spin off a show, called Inside the Artist’s Studio, which is on Apple Podcasts.

You’ll hear all about that, as well as the origin of the Cups N Cakes name; the “underlying weirdness” (in a good way) of Edmonton’s music scene; our mutual admiration of musician and podcast-theme-music-writer Doug Hoyer; what it’s like to juggle a day job as a journeyman carpenter with a dream to make a business out of covering music; the inspiration Jeff draws from such diverse sources as MuchMusic’s The Wedge and NPR’s RadioLab; and more.

This episode is also available in Apple Podcasts, on Google Play, on SoundCloud or on Stitcher.

Jeff recommended another podcast that focuses on Edmonton music: The Tear Down, which is Caleb Caswell’s interview show with local musicians.

He also expressed his amazement at the sheer number and variety of Edmonton-made podcasts, which you can dive into here.

Many thanks to Castria for editing and producing this podcast.

This episode of Seen and Heard in Edmonton is brought to you by ATB Financial, founding sponsor of the Alberta Podcast Network, powered by ATB.

In this episode, you’ll hear me talk about the team responsible for a lot of the most interesting ATB programs for helping entrepreneurs, including the ATB Entrepreneur Centres in both Edmonton and Calgary, the ATB X Accelerator, and the ATB LendR crowd-lending platform.

A lot of good things have come into this world because ATB listens. Find out more at atb.com/listen. 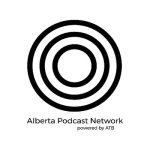 You’ll also hear a shout-out to two fellow members of the Alberta Podcast Network. We’ve got a couple of interesting politics podcasts to tune into: The Broadcast and Highlevel Showdown.

These and other great Alberta-made podcasts (including five new additions!) can be found at albertapodcastnetwork.com.