For our June podcasting meetup, we had a chat with Michael Short of Let’s Go Outdoors about how to make a living in new media.

I don’t think it’s a stretch to say that Michael is a man ahead of his time. Long before the Internet made it a whole lot easier to be an independent media producer, Michael was doing it with Let’s Go Outdoors, where he covers all kinds of stories to do with land, air and water, and distributed them on radio, TV and now online.

His business model on Let’s Go Outdoors is sponsorship. Like-minded organizations pay to be associated with his stories, but don’t dictate what his stories are; they look to him to use his news judgment, tell the stories in a compelling way, and then get them in front of the right people. He also does freelance video and is always on the lookout for his next opportunity.

As the media landscape has changed, Michael has changed along with it, and I think he has a lot to teach us about resilience, perseverance, and the power of good stories. He was also very frank about the challenges. This isn’t an easy path, but if you want to make a go of it, Michael shows it’s possible — you just have to go in with your eyes open.

In this episode, you’ll hear about how Michael got started in mainstream media; what it took to make a go of it on his own; how to keep sponsors happy; how to serve audiences well; the value of going deep on a niche; the pros and cons of having a direct connection to your audience; the primary power of curiosity; and the importance of strong production values — especially audio — if you want to sell sponsorships.

This episode is also available in Apple Podcasts, on Google Play, on SoundCloud or on Stitcher.

Thanks to our door prize donors for adding a little sugar to our meetup:

Thanks, too, to CafeRista for catering our event.

Our next Edmonton Podcasting Meetup is slated for July 30 at Variant Edition. Save the date and watch for details. 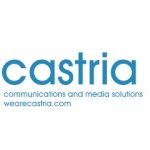 This episode of Seen and Heard in Edmonton is brought to you by Castria, where award-winning podcasters help you take your podcast from idea to reality.

Castria’s Erika Ensign and Steven Schapansky record and edit both our live meetups and the regular interviews you hear on Seen and Heard in Edmonton. If you’d like them to help you, visit wearecastria.com.

One thought on “Episode 68: Meetup with Michael Short”